Is the VA 'toxic' to Gulf War Vets? 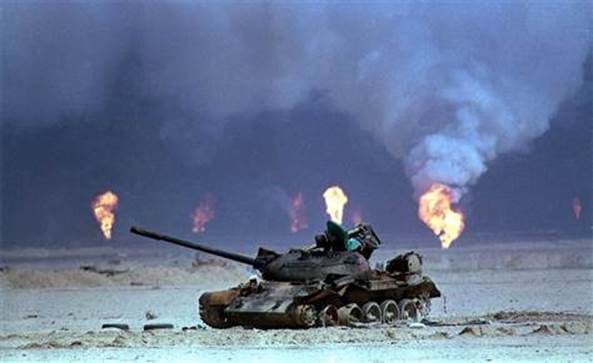 As the horrific tales of misconduct at the Phoenix and other VA Hospitals capture the headlines, as they should, there is still more evidence of the VA failing to address a serious veteran health problem. Thousands of returning Gulf War vets complained of debilitating pain, memory loss, exhaustion, and gastrointestinal problems.  Without evidence, VA blamed psychiatric stress, but veterans and Congress questioned this rush to judgment.

Congress established and President Bush's first Secretary of Veterans Affairs, Anthony Principi, appointed a public advisory committee of doctors, scientists and veterans to look into the problem. The Research Advisory Committee on Gulf War Veterans’ Illnesses, chaired by our fellow Arizonan and Vietnam War veteran, Jim Binns, carefully studied the evidence and the scientific research and concluded that exposure to dangerous chemicals in the Gulf had done serious physical harm to many of our troops. While purporting to accept these facts, VA has mounted a backdoor campaign to try to revive the discredited stress theory. When the committee objected that this campaign threatened to mislead research to discover treatments for these veterans, VA fired all but three of the Commission members, including Chairman Binns.

If this astonishes and appalls you as it did me, please read Chairman Binns' letter to Congress (attached) for the full story. It appears that, once again, our service men and women, in this case approximately 250,000 Gulf War veterans, have been denied the care they deserved as a result of service to our Country. Chairman Binns concludes, that "like the Gulf War battlefield, VA has become a toxic environment". This is a tale that cries out for attention and rapid action.

To support the bipartisan effort in Congress to restore the Committee (H.R.4261), please contact Congresswoman Kirkpatrick or Congressman Coffman.