THE UNDERCARD — Battle for Ariz. secretary of state becoming front in gay rights fight: Democrat Terry Goddard is going up with an ad today intended to reignite a fierce battle — one that subsumed all of the state’s leadership last year — over a bill that critics said would permit Arizona business owners to deny services to gay people. Although Gov. Jan Brewer ultimately vetoed and killed the bill, the fight left raw divisions. The ad, supported by a $100,000 to $200,000 buy and produced by Goddard’s campaign team, features a lesbian couple speaking to the camera alongside their two children. The pair — Melanie Puskar-Blakely and Tonya Blakely — rip Republican secretary of state nominee Michele Reagan, for supporting the measure as a state senator and say it should disqualify her for higher office. Goddard campaign aides say they hope the ad revives the issue for voters heading into the final weeks of campaign season. The ad is running statewide on cable and broadcast. http://youtu.be/gUvnZWnszt0

Originally posted by Politico on September 29, 2014

A Democrat running for secretary of state in Arizona is highlighting his Republican opponent's vote in favor of a controversial bill that would have allowed businesses to refuse services to LGBT people on "religious freedom" grounds.

We’re going on television today with our first ad of the general election. I wanted you to have an early heads up.

The ad is called “Fairness". It tells the story of Melanie Puskar-Blakely and Tonya Blakely and their Valley family who would have suffered discriminatory action had SB 1062, the right to discriminate bill, supported by state Sen. Michele Reagan become law.

There are dark money campaigns.

And then there are campaigns about dark money campaigns.

In Arizona this fall, voters will be exposed to both -- the two candidates for Secretary of State are each proposing dark money reforms.

The dark money - spending by groups mainly from outside Arizona that are not required to identify their contributors - is already pouring in. Estimates in Arizona's 1st Congressional District alone have the money topping $6 million by the time Nov. 4 arrives. Nationally, the Center for Responsive Politics reports that $228 million has already been spent by outside interest groups, the most ever in a midterm election.

The influx of money is due to the Supreme Court's 5-4 Citizens United decision in 2010 that allowed unlimited campaign spending by corporations and unions. In the 2008 presidential year before Citizens, outside groups spent $144 million; in 2012, they spent more than $1 billion.

As the top law enforcement officer in Arizona Terry Goddard successfully fought against fraud, returning millions of dollars to Arizona consumers. That kind of experience is exactly what Arizona needs to go after Dark Money -- and it's why Terry is running. This week, Terry released his comprehensive plan to rid our state of Dark Money.

Terry talks about why he's running in this video produced for the Arizona Republic Voters Guide: 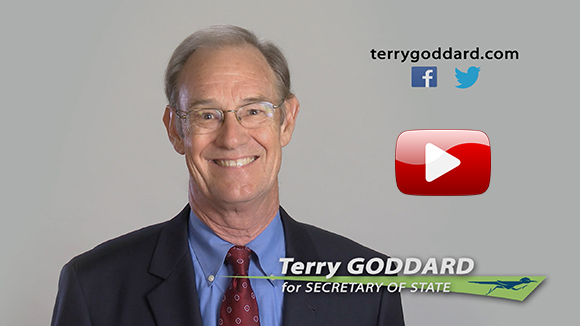 #TBT to my time as Attorney General when I launched "Fraud Fighters". The #FraudFighters program brought the full weight and resources of the Attorney General's office to the cause of protecting consumers across Arizona. As Secretary of State I will protect voters with the same tenacity!

“I am disappointed, but not surprised, that my opponent refused the invitation ... in Tucson,” said Goddard. “Senator Reagan is not only disrespecting the league but the voters of Pima County by eliminating any chance for them to compare the candidates for secretary of state side by side.” 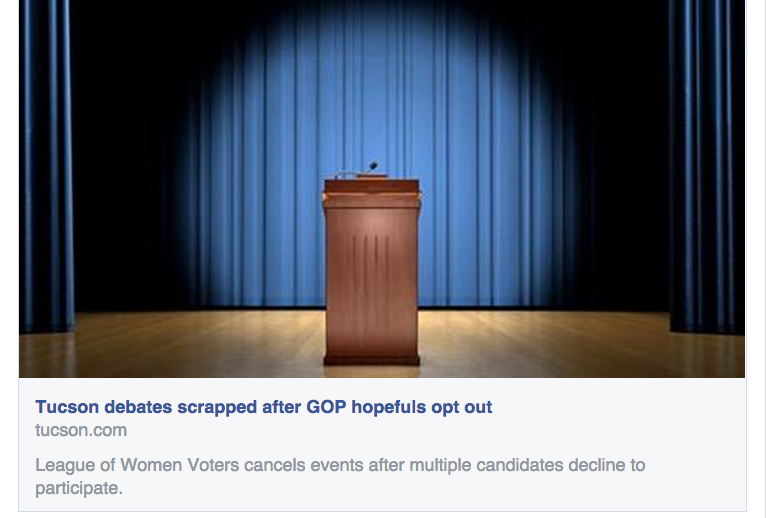 Sen. Reagan wrote most of HB 2305 and voted for it every chance she had. Once 140,000 Arizona citizens referred the bill to the ballot, she fought for it's repeal. Not unlike when Sen. Reagan supported SB 1062, the right to discriminate bill, but then praised its veto.

This is not leadership. Arizonans deserve a Secretary of State who will treat everyone equally. These partisan political games must stop. 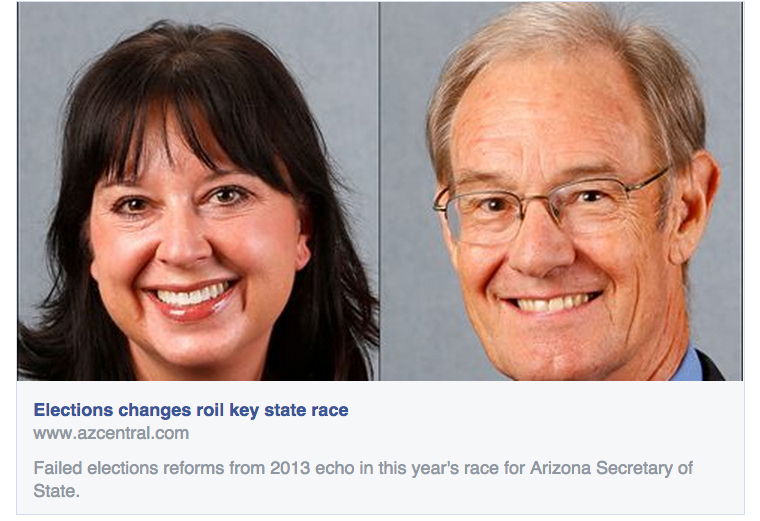