I am honored to receive the support of a leader in the community, an activist and a distinguished lawyer, Danny Ortega. I hope you will like his comments and share this video.

PHOENIX, AZ – Michele Reagan wrongly claimed today that Independents are not on the Permanent Early Voter List, a stunning comment from the head of the Senate Elections Committee.

In an exchange over Reagan's attempt to suppress Independents through her support of HB2305, Reagan erroneously tweeted: “Impossible! IND’s can’t be purged from the PEVL because they aren’t even on it! #NoClue"

Former Republican and former Phoenix City Council Member Tom Simplot explains why he is supporting my campaign for #AZSoS. Please like and share if you agree with him. #GoGoddard

Business-owner, school board member and educator Angel Jannasch-Pennell explains why she supports my candidacy for #AZSoS in this endorsement video I hope you will like and share. #GoGoddard

The first joint appearance of the campaign is now available online. I hope you will like and share to spread the word. #GoGoddard 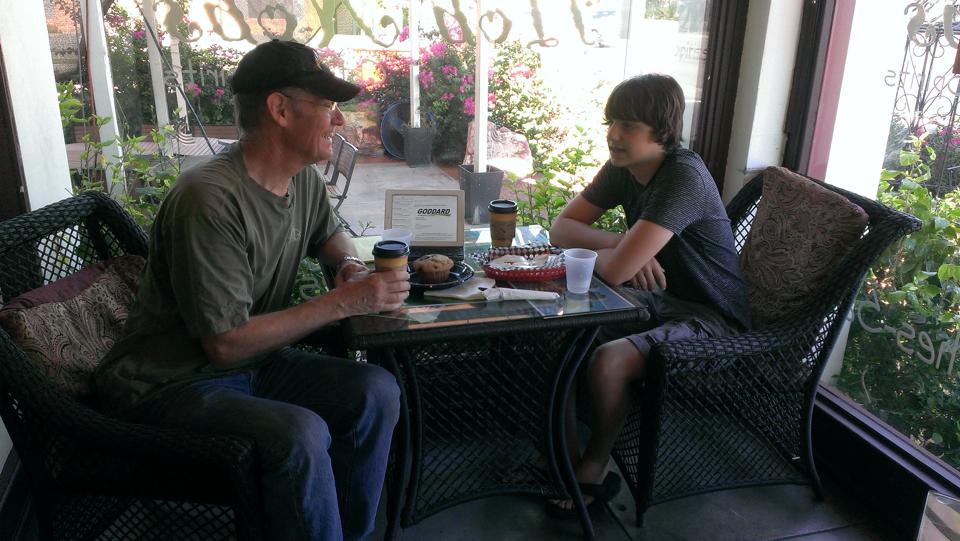 A Sunday morning tradition in our family is for me to walk with Kevin to the local coffee shop for breakfast. What started when he was a toddler to give Monica some time to sleep in, has evolved into challenging chess games and, recently, political discussions. Kevin is one important reason why I decided to return to public service. I want his Arizona to be one to be proud of; a place of tolerance, fairness and opportunity. I hope you join us on our journey.

Phoenix First Lady Nicole Stanton talks about my support for women's rights in this endorsement video. Please like and share! #GoGoddard

After months of hard campaigning across Arizona it is encouraging to hear so many voters are coming to our side. Especially important is the great response from Independent voters. Terry's message of breaking down barriers to voting and stopping dark money appears to be getting through. Arizonans know they can count on Terry to treat Republicans, Independents, and Democrats EXACTLY the same. We are profoundly grateful and encouraged to redouble our efforts as we head into the critical last six weeks of the campaign.

Dark money groups have already poured more than $5 million into Arizona’s elections this cycle. These organizations, carefully constructed to protect the identities of their contributors, play a heavy hand in influencing election outcomes.

This is because Arizona places no restrictions on the dark money groups, and there is no legal obligation to reveal contributors. As a result, Arizona is quickly becoming the Cayman Islands for moving dark money.

I’ve investigated this kind of activity before. As Arizona’s attorney general, I spent eight years going after drug cartels by following the money. Our team dug through cartel money transfers and seized millions of dollars. Dark money groups are just money launderers by another name. They are moving money, often vast sums of it, while carefully concealing its original source.

Clearly, dark money damages our democracy. An important way to evaluate a candidate is by considering who supports him or her. Endorsements are scrutinized and contributors analyzed for evidence of what direction the candidate is leaning. But by hiding major contributors, dark money groups are deceiving voters.

Since those behind the dark money groups are not accountable for their statements, they can — and will — say anything. How can voters hold dark money groups responsible for any half-truths or outright lies they put in their ads?

Some in the audience at the Viscount Suites were too young to remember his father, former Arizona Gov. Sam Goddard, but the former attorney general still spent a few minutes talking about his dear old dad.

One of stories Goddard likes to tell was when he argued with his father against using a roadrunner in campaign materials.

He said he now realizes the desert bird eats snakes and, politically speaking, there needs to be a few less snakes in the grass.