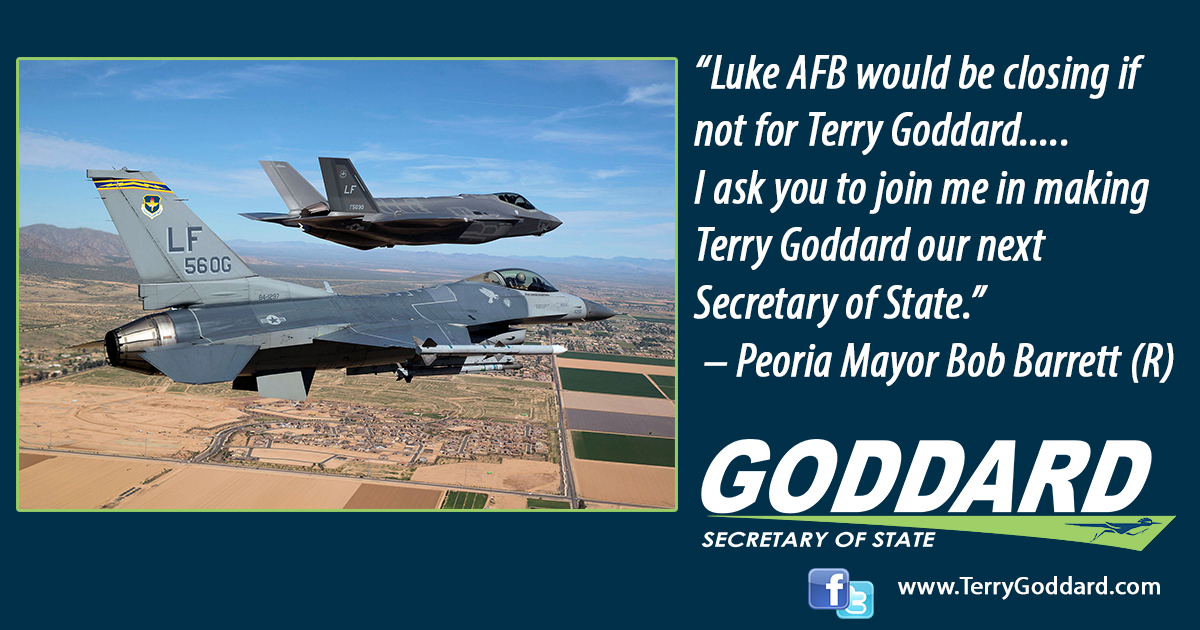 "I am honored to have Mayor Barrett's support," said Goddard. "The Secretary of State needs to treat all voters fairly, regardless of party and my experience working across the aisle demonstrates that ability."

​"It is no exaggeration to say that Luke AFB would be closing if not for Terry Goddard. Maricopa County was allowing residential homes to be built near the base, an action that has forced many other bases to close. As Attorney General, Terry Goddard moved quickly and effectively both in court and with authorities in Washington, to protect Luke Air Force Base from encroaching development. By assuring that Luke AFB avoided possible closure due to encroachment, Terry's action led directly to the establishment of the F-35 training function there with all its significant economic benefits to Western Maricopa County. In short, the more than $2 billion a year economic engine that is Luke remains in business today because of his professionalism. As Mayor, I have frequently expressed our City's significant debt of gratitude. I am going to vote for Terry and I ask you to join me in making Terry Goddard our next Secretary of State."

A full list of endorsements is available at TerryGoddard.com/Endorsements